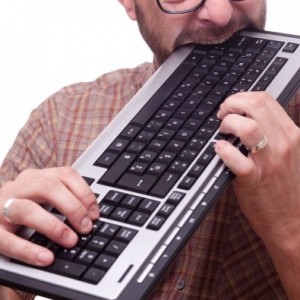 I have actually, believe it or not, been writing a long time, ever since…well, since I was taught to write. It took me until the ripe old age of 19 to decide to write a novel. I was covered in brick dust and residue from concrete at the time and had spent a long time editing and drawing comic books, writing short stories and taking part in all manner of creative pursuits. Novels were the obvious next step.

Problem with novels are…well, they are usually quite long…except for novellas…which are short. I think they should be called Novs. No? Okay, maybe not. So, there I was, ready to write a novel, but I had no clue how to do it. But I did it anyway. My first novel about a young man, annoyingly like me, in love with the woman who he could never have (again very much similar to my own life back then) , involved a ridiculous plot, poorly written characters and a lot of spelling mistakes. Some things never change!

Basically, I made a lot of mistakes. There were a lot of books between my first, and the point where I believed I was ready to share my work with the public. Truth is, I probably believed wrongly. Who can say when we’re ready to stop talking about writing and actually write? Maybe only that little voice, that scratching at the back of your mind, the itch to pen to paper, or finger to keyboard.  Anyway, you’ve decided you’re ready, so here’s a few of my insights into the writing process:

1. Never ever begin a book when you’re inspired! No, stop it. Writing a book is like a race- if you begin by sprinting, you’ll end up running out of steam. Let the idea go cold, think about it, meditate, read, go for a walk, get drunk, do some research, jot ideas down. Set a date in the future to start writing. Sit down, when you feel least inspired and begin. Soon enough, maybe somewhere into the 2nd chapter or later, you’ll get a feeling, like a sudden flutter going through you, a burn of excitement, a kind of high, and you’ll find you can’t stop writing. I call this feeling- writer’s rush. When you get that feeling, whatever you call it, that’s when you know your book is heading in the right direction.

2. Obviously, you need to know what you’re going to write about. If it’s a police thriller, then read books, trawl the Internet, date a detective…whatever it takes. It’s always interesting doing research, and a lot of the time your research leads your book down a very interesting path. I find it helps not to spend too much time planning. I realise a great deal of crime authors plan out their books in infinite detail, but also many don’t. I don’t. I know the basic premise when I begin, or at least I have a few scenes in my head, but then I like to head down the dark road with only torch to light my way. Soon, about halfway into the novel, I know what it’s all about, and who the killer is, why they are doing the sick things they’re doing. I let the characters dictate what happens. Sometimes I invent a character just for necessity, but then I find that accidental character becomes fundamental to my plot. So, basically, my message is, let it all flow, don’t be too rigid. You can always work out the plot further in the editing suite. By the way that’s how Ian Rankin writes his novels too, so if you don’t trust me, trust the author of the Rebus books.

3. There’s no such thing as writer’s block. I know sometimes it seems like there is, but it’s just your mind playing a cruel trick on you. I used to think I suffered writer’s block, until a good friend of mine, and fellow author, Simon Dunn, said to me what I just said to you. It doesn’t exist. If you’re finding it difficult to write what you’re writing, then you’ve probably taken a wrong turn in your plot. Retrace your steps, or take a break. Reread it all. Light will soon shine through the dark clouds. Or you could write something else, like a poem, song or whatever tickles your fancy. Don’t let the mythical monster called Writer’s Block get you, because he will try and get you.

4. Have a good idea. They say good ideas are a dime a dozen, but I disagree. You’ve got to come up with something unique, which I know is hard, because it feels like everything has already been done, especially in crime fiction. I wouldn’t like to be trying to be different, and unique in the porn genre, because what hasn’t been done already…well, it’s probably illegal or very messy. Don’t be afraid to step out and explore your imagination. In terms of crime fiction, if you do plenty of research into real crimes, you’ll find plenty of incidents that seem a lot weirder and more unbelievable than fiction- and just might find that elusive plot that sneaks up on you and takes hold. Anyway, the real key is go and write. Now. Do it!

Next I think I’ll write about bringing realism to fiction. See you then!

You can read the news about my Edmonton police thriller series, and about the upcoming books and subscribe to my newsletter here: Subscribe

THE JAIRUS INTERVIEW
THE FIRSTCOMER AND BEYOND…